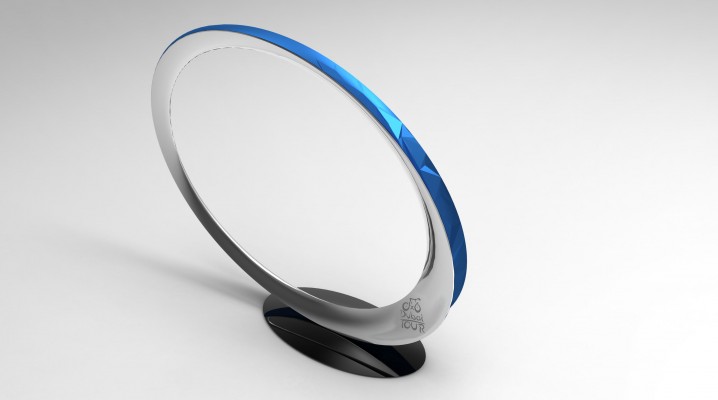 Sport is discipline, but it also style.
by Pietro Diana

Sport? It is training, discipline, talent. But it is also a matter of style. Because it is important to win as well as to lose. But there is also another style: the aesthetic style. A beauty that is not only superficial, artificial, unnecessary, but it is essence. Shape that gives body to a message, that helps a competition to become an unforgettable memory. And if some sport champion or some prestigious team are now looking for some distinguishing feature for an international event, well, they are likely to knock at the door of a Piedmonts brand from Turin: Pininfarina.

Don’t you dare to consider it a brand just for the car industry. Its history says it all, both in recent and distant past. Pininfarina and sport have a strong relation, that has been strengthened over the years, that has never made any differences between disciplines, seasons and rules of the game. The latest result of this passionate relation is the Dubai Tour: in its first edition this bicycle stage race has gathered, since the beginning of February, the two-wheel champions on the roads of the Middle East, a rich area which wishes to be in the international forefront. The symbol of this competition was created in the Centro Stile just outside Turin, molding the winner’s trophy from the Dubai Sport Council. At first sight it could look like a ring with some references to the bike rim and to old sport images, when the competitors used to wear a spare air chamber in case of flat tire. An award but also an object that gives an emotional impact, and that can be proud of its family tree. Starting, from example, from the symbol of what was perhaps the biggest sporting event in Italy  in recent times: the 2006 Olympic Winter Games torch. For the event Pininfarina has engineered and produced 12000 numbered pieces for the Olympics and other 125 for the next Paralympic Games. The same brand has created the brazier, 57 meter high and build beside the Olympic Stadium in Turin. Pininfarina has also created the logo for the 2008 Euritmica, the European rhythmic gymnastics championship that was also held in Turin.

Talking about the most popular sport in Italy, soccer is also related to Pininfarina with the Juve Stadium, which was opened in 2011. The project has the designer labels: from the indoor areas for the audience and players, to the hall of honor  to the stands, as well as the benches, changing rooms and restaurants. A futuristic jewel, according to many observers, that maintains its link with the Savoy style brand. But that’s not all: Pininfarina also means the Wind Tunnel: the legendary construction of Grugliasco, that has been defying gravity and physic in general, trying to give away to speed lovers, through innovation and design, a few more kilometers per hour. Just like Simone Origone, world champion in speed skiing, but before him the legendary Francesco Moser had prepared himself in the wind tunnel for the hour record. And again Reinhold Messner who tested at the Center the high altitude tent, while Isolde Kostner, alpine skiing champion in recent times, tested her race suit. The same did Daniela Ceccarelli, who asked for some help to prepare for the 2002 Olympic Winter Games in Salt Lake City. In Turin in 2006, Antoine Dénériaz won the gold in the men’s downhill wearing the ski suit tested in the wind tunnel. Let’s not forget the commitment in developing many equipment for used by athletes with disabilities. “We have been always paid great attention to sports – says the President, Paolo Pininfarina -. The collaboration with the Dubai Sports Council was made possible by this passion, and we were involved in every stage of the project of the most prestigious bicycle race of the Asian territory. We began searching the style and we ended up developing all the details of the trophy in 3D, up to the support during the production process. The trophy reflects the principles of Pininfarina style: the pursuit of purity of lines and an aesthetic outline that, for cars and household items, is a combination of beauty and functionality, form and technology”.

about the author: Pietro Diana