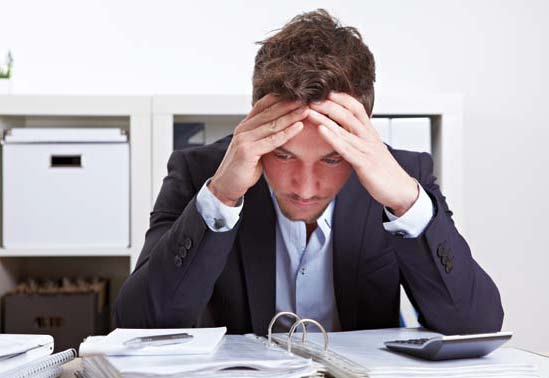 Being in the doldrums, cranky, experience tiredness, having strong feeling of nostalgia for beaches and exotic places. The post-vacation depression syndrome hits one worker out of three. Doctors, nurses, temporary and part-time works are among the categories more at risk.

Anxiety, headache, bad mood, distress, disorientation are the most common symptoms, together with tiredness, lack of motivation, general malaise and muscle headache, lack of appetite, troubles in sleeping and lack of patience with colleagues and the world in general. Raise your hand who, at least once, has not suffered from the “post-vacation syndrome”: a type of stressed or blue mood that can affect you in the period after returning from a vacation, when the sea breeze and the wandering around in new cities have become a faded memory and you have to get back into the routine of work, traffic, phone calls, emails, urgent matters, bills to pay, grocery shopping and daily life routine in general.

Official statistics have not been released yet on what the Americans call “post-vacation blues”, even if, as stated by Dr. Claudio Mencacci, Psychiatrist and Director of the Department of Neurosciences at the Fatebenefratelli hospital in Milan, 35% of the population, especially between 25 and 45 years of age, is estimated to suffer from PVB. “The transition back to work can be particularly demoralizing for people who make long to-do lists for the summer but they don’t accomplish them. Nurses, doctors, social workers, people working front-line, people working on shifts are among the categories more at risk. Women are particularly effected by PVC because they divide their time between house and work, and moms are doing the countdown for the school to begin. The pace of life slows down on holiday, we make few exceptions in our eating habits, and often we do not exercise. Therefore, the sooner we get back on track, the sooner we will feel better. As per some experts, PVS could fall into two major categories: dysthymic disorder and adaptation. The first one mainly involves sleeping and endocrinology disorders, peripheral nervous system (digestion problems and circadian rhythm alteration). The adaptation disorder, on the other hand, involves the psychic / relationship sphere: difficulties in taking up responsibilities and handling relationships at work or in the family.

How to overcome the “post-vacation” syndrome and how to ease back in your everyday working routine? It depends on your personality. There are two possible reactions: “Independent, creative and positive subjects will come back to reality with self-confidence and determination, using the crises as a further incentive to their creativity: they will react like a horse stroked with a whip, trying to let everybody sees their better self. The other profile outlines a passive behavior and a lack of creativity; these subjects live the crisis as a stimulus to be depressed, with no motivation and with distress. A situation that could get worse, adding more general malaise, stress and fatigue. But do not be alarmed. There are few simple and fast tips to overcome the “post-vacation blues”. Ease back into your everyday routines gradually and if possible, rest a few days before getting back to work and do not overdo it the first week: it will be better to take it easy, stop when feeling anxious and take some days off whenever possible. Taking some nice walks and adding a daily exercise regime will help one to feel better because, as we all know, these activities increase the production of natural anti-depressants such as endorphins. Often just the idea of the weekend coming up will make you feel happier: as per a recent study carried out by Prof. Richard Ryan form the University of Rochester published in the Journal of Social and Clinical Psychology, the idea of the weekend coming up brings clear physical and psychological benefits, regardless the type of job, salary, habits, age or whether the worker is married or not.

Food is fundamental in reducing the effects of “post-vacation” syndrome, especially intestinal diseases such as irritable bowel syndrome, meteorism and constipation due to a poor and unbalanced diet carried out on holidays: it is necessary to reduce coffee, fried and spicy food, cured meats and milk as well as overeating; green light for fruit outside meals. It is advisable to have small meals throughout the day based on simple ingredients and well-done cooked food, to drink plenty of natural water, to have several servings of fruits and vegetables, lean meats and fish. The omega-3 fatty acids, found in fatty fish (mackerel, codfish, swordfish, tuna, trout, sardines and herrings) but also in grain products, nuts and legumes, are source of antioxidants as they prevent free radical damages and they have a trophic effect on the central nervous system, helping to improve the quality of sleep, mood, memory and the capacity to concentrate.

The intake of probiotic products after returning from vacation (yogurt is a good source of probiotics) will limit the production of flatulence and will restore a healthy intestinal flora.

about the author: Andrea Scarpetta