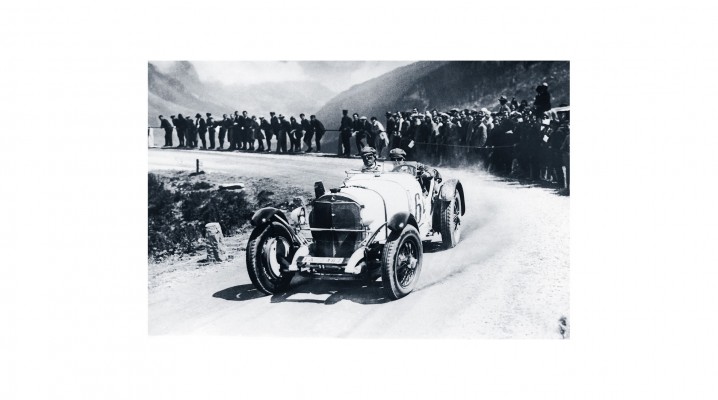 And now do not despair, because if you did not know it is only your fault and no one else. So we better start from here. And from this question: did you know that it is possible to collect somebody else’s fortune fetishes and make money out it? How?

In the ocean of vintage collectable items, there is room now for lottery tickets. And you should know that the value of a coupon, more or less antique, could worth sometimes very high.

They are not worth millions, but they might be an interesting investment.

This passion comes from what the lottery ticket, more or less a lucky one that was found in old books or in some basements, represents. For example: the commercial value of a 1935 Lottery of Tripoli ticket, can vary from 5 to 35 Euros, unless it is a winner ticket. If you didn’t know, the Grand Prix “in the desert” already existed way before the Bahrain Gran Prix: the most famous one was run in Tripoli, the so called “the beautiful Italian land”, in the “new circuit” of Mellaha. And this race was linked to a quite rich lottery.

In 1935 the driver of the Mercedes, Rudolf Caracciola, was really successful after a couple of years of bad luck. In 1933 he had a terrible accident while racing and the following year his wife was killed by an avalanche during a vacation. That year Caracciola was looking for a personal and professional revenge. He swept blood for the entire race to fight against our Verzi and Nuvolari: at the end he won.

Not necessarily a Tripoli Lottery ticket will be at your finger tips to start your personal collection of tickets in a big way. In this case, it is worthwhile to read up a bit ‘and discover other curiosities that will make you the king of this kind of collections.

Some examples? Ready. Year 1928. A “Great national lottery in favour of war orphans” is announced. First prize: half million liras.

Two hundred and fifty Euros? According to some statistics, currency revaluation, living expenses and according to other parameters known only by statistic experts, that figure as it stands right now should be 200 thousand Euros. The coupons were sold in envelopes containing three tickets at an unpopular price of “five liras”. Prize to be collected within 180 days. The today’s price for collectors ranges from 20 to 30 Euros.

Also in this case – as per all the collections of printed materials and not only – the state of preservation of the material, the degree of deterioration of paper, colour, and so forth, are very important.

Talking about lotteries also means crossing the Italian history and observing from another point of view all the country socio-historical changes. It means to look at big events, positive or negative, that have marked our history. For example, in 1952 the Napoli-Agnano lottery in favour of flood victims was announced with a huge advertising campaign for what was called “national solidarity work”. The tickets were white and blue. You can find them on-line at different prices. But the right price, more or less, for one single coupon is about 40 Euros. Some collectors sell them at a high price, but it all depends how bad you want the “first ticket of solidarity” in your folder.

And then there is the Italia Lottery: forty years of history marked by a lottery extraction for which, once a year, few million Italians cross their fingers. You can easily found the tickets from the last decade on the collector market or at some relative’s houses. Unfortunately they are not worth a lot: from one to two Euros, unless it is a winning ticket (but who is going to give you that?). The latest trend: to collect used and winning “Scratch and Win” tickets. They are not worth a lot and they might be a scam. I just collect vintage lottery tickets.

about the author: Lodovico Poletto