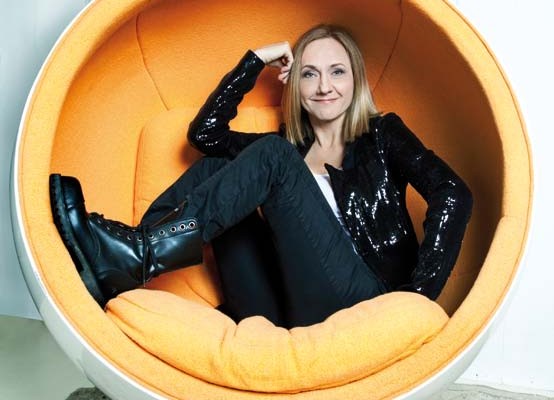 Believe it until the end!

She is the head of the family of one of the few television series that plays with a funny family model that is not twisted in its values or minced in a hypothetical meat grinder of soap operas. She is the Polish woman, the impersonal companion of a detached and sexless Polish men, who challenges stand-up comedy with bitter monologues. She is a beautiful woman, with a radiant personality and full of energy. Claudia Penoni is one of the women who keeps up the good name of the Italian comedy; she has numerous interests and she is always available for advices, just like she did at the end of our interview.

What does the word “investment” mean in your profession?

I am really proud of my latest investment which I made together with two friends-colleagues: we produced the show “Stasera non escort” that has been a great success in the last two seasons in Italy. It was our project, built on our work, and we were the producers. You need to work hard and with the right people in order to get the best investments. Believe it until the end!

You are a theater and a television actress, a radio host, a comedian, you dub. Am I forgetting something?

For several years before becoming an actress I have worked as a secretary.

I then decided to make a change and I enrolled in a acting school. I kept learning new things, attended courses and diversified my work: first theater, then dubbing, television and then movies. And now, luckily enough, my work involves all these things, depending on the need.

How do you put yourself in and out somebody else’s shoes when on a theater stage or a television set?

Changing dress… Just kidding! Actually, that happens too, you change dress and that helps a lot. Becoming somebody else is an exercise, you start practicing during acting classes. To tell the truth, we start way before that, when playing as children, we all do that, right? And then you keep doing it at work, trying to find every time the personality, the body movements, the expressions for the character you are playing.

How much of Claudia do you put your acting?

Everything. My energy, my enjoyment, my imagination. All it takes to convey my “message” to the public.

And what do you bring back home with you after a tour in theaters or after a television show?

More life experience, the faces and voices of the people you met, the knowledge of the more “experienced” colleagues, the new places I visited, the pictures and the smiles. Every time a job ends you have, for sometimes, the feeling of missing something… Unless you know for sure that a television series or a show stays on the air for several seasons!

Would you tell us a particular story that happened in your work ?

Once, during the show Zelig, I realized how everybody has different prospects on things. The night before, after a show near Verona, some guys were standing in line to have my autograph; the night after, during Zelig, I was backstage with some colleagues, during the rehearsals, to have a picture with Jovanotti.

There are few female comedians on television. Women are less funny than men?

No, women are not less funny than men. Maybe in Italy there are less female comedians, maybe few of them audition for television shows. It is a mystery I still have to resolve.

You are one of the few comedians in Zelig who have not written a book yet. What kind of flavor would have an hypothetical book?

It would have a scent more than a flavor: the scent of countryside, of trees, of gardens, of the life outside the city, I mean… exactly where I live now. I would tell about a city girl that moves to the countryside – I was born in the city and I lived there until a year ago – and she tries then to act as a country girl, tries to have a relationship with nature and animals (nature is full of big and small animals that, we as city dwellers, didn’t know existed… every day is a new discovery!) with all the difficulties that this involves… sometimes I make myself laugh.

When and where could we see you perform on stage?

I have a very nice website, which I try to keep updated as much as possible, with all the dates of my shows; in the calendar of the shows there should be all the necessary information, or almost… My second hypothetical book would have the flavor of my relationship with technology: difficult and sporadic!

Our magazine starts from Turin, reaching all over Italy and going overseas. We think we are on a similar path, if not only by birth and by the determination you are showing. What kind of advice would you give us to grow?

Imagine that nothing is impossible: there are no obstacles you cannot overcome, people you cannot meet or goals that you cannot reach. At least as long as we have tried with all our energies and with all the means we have. And if, despite all, we do not succeed there is always a second chance! I love sayings, they often are obvious but they carry the essentials of life: “When one doors closes another one opens”. Good luck guys!